Mistake #6 – Joining any and every Affiliate Program

The XXI Century World offers plenty of opportunities like we’ve never seen before.

When it comes to enjoyment, investments solutions, day-to-day services, technology… the possibilities are endless and the benefits too numerous to list.

There are plenty of places you can go there and things to get to fill your everyday needs. Nowadays, you can even do that from the comfort of your bedroom, within a few clicks of your mouse and you can have several tasks done effortlessly.

This is more noticeable with smartphones: where you’d need to have several different devices to send emails, take screenshots or record video/sound, call or text someone or play games can now be done with a single device, which would only require a one-time investment.

And they are available almost everywhere. Since a lot of folks cannot afford to spend any time without them, whether business-related or just for leisure, that need has to be catered for, right?

So, that means you have all that power within the palm of your hand. Such power increases even more with applications created for your convenience. Depending on how you can keep up with technological advances and your wallet allows you to, these are available for as little as $60.

I have a smartphone. So what?

Tech and gadgets are an easy one.

When consumers receive their paychecks there’s one thing (or set of things) that they seldom miss. It’s almost like clockwork and the main reason why many work for in the first place: the much-vaunted utility bills and related expenses, which too, are as varied as everything else already described.

By now, you probably have noticed the sad part of finances which is part of today’s topic:

There are plenty of ways to spend money.

What about to earn it?

We’d never have debts if we had as many income streams as money drains. But the idea of having a job for every expense isn’t feasible. It isn’t necessary either because, generally speaking, we earn more than we spend.

I knew someone that had 2 jobs and was looking for a third. 2 part-times earned her more than a single full-time job. Still, there’s only so much time will allow you to do and someone working long hours won’t have to time to spend the money they make, regardless.

Online it isn’t much different. It’s logical that more money allows you to do more things and so, having multiple income streams is the way to go in that regard.

That also safeguards you from losing everything in one go. When someone gets laid off, their income is cut entirely and they need to search for another job. But having a second minimizes losses since should one fountain run dry, there will be another to dampen the fall.

This is where things go wrong.

No one should put their eggs in the same basket; we never know when it might rupture. Prevention is as simple as getting a new basket, that is, other income streams.

Affiliate Marketers are always searching for new opportunities and money-making sites. I generally consider this a good practice. A program with few members has a better-earning potential if it takes off just nicely or one that has a great earning potential despite having a few years under its belt.

The thing is that no one knows what affiliate programs will rise or fall and some affiliates join them based on what they hear what others say about it because someone said it’s easy and they will earn a lot of money effortlessly or simply because they need. Decisions founded in emotion and not reason.

It’s much easier to join 5 or so programs now, to figure out what your next move will be later – which is the Call-To-Action most of them use – than getting to know whether the said opportunity is suitable for you.

Generating multiple online income streams should be made in a manner you can scale up when the comfort zone is reached. Getting ahead of yourself will only lead to incomplete, abandoned projects and loads of frustration.

Consider there’s this month old site that sells ads and affiliate links but only has 3 blog posts and isn’t even completed. It will bring a lot less income, if any, than one that is finished, updated and has been around for more time.

What the webmaster needs to do first is to finish its layout and toolset, update it and start getting regulars. The readers he/she obtains then represent the comfort zone; where the dialogue goes both ways instead of just from the blog. At that point, the said webmaster can figure out what to do in order to monetize their traffic or increase the traffic even further.

With affiliate programs, the principle is the same: you shouldn’t join more than those you can manage, especially those that have a paid membership.

Now let us know how this relates to you. Have you opened affiliate accounts in various programs? Did it go well for you? Or are you still revising which will be your business model?
w

Let us know in the comments

Discuss in the Forum 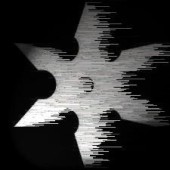 Mistake #5 – Expecting huge returns: can I have it all?

Mistake #4 – Being inconsistent: is it good or bad?

Mistake #1 – Not willing to invest: will I still make money online?

From the Gaming Corner